In the days and weeks after, street protests ignited in Ferguson, as well as other U.S. cities, including Oakland, California. I participated in several of these protests against police brutality.

In these protests, a common tactic is to block highway traffic by walking onto freeway overpasses. This tactic has drawn the ire of local residents who denounce the highway blockages as violations of their right to convenience and targeting those who have “nothing to do” with the issues at hand. I have witnessed and engaged in heated debates with others on the meaning and purpose of these protests.

The Highway is an artistic film designed to bring history and context to the issue of highway protests as it relates to civil rights, the State’s relationship to black lives, and activism in the U.S. and Europe. 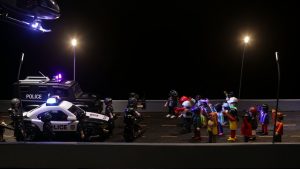 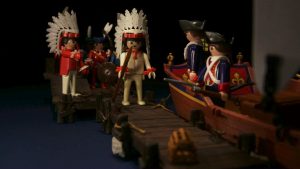 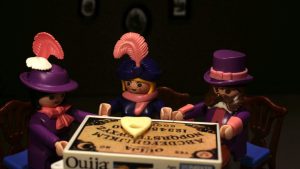 The Highway blends toy-scale animation with layered real audio from protests, voices from families of those killed, readings of key phrases from writers on the relationship of black bodies to the State and white supremacy, along with symbolic music. We will also hear the reasoning and commentary of those who oppose the protests, angry neighbors, and their perceptions of the situation as related to their rights.

A main highway protest scene serves as a main contemporary storyline that continues throughout the film. It begins with regular traffic, to highway protestors overtaking the freeway, to the confrontation with police, to the final outcome of arrests and dispersion.

A concept sample is available upon request.

The Highway is supported by:

Donate to The Highway